The funny thing about presentations and public speaking is that the majority of people will tell you that they don’t enjoy it, or they aren’t very good at it. And regardless of who they are and what they do, most of the  speaking they do on a day to day basis is public speaking.
Some people are so scared that they break out in hives. And some people actually have fainted before getting up in front of a crowd to speak.

Did you know that there’s a word for public speaking anxiety? Yes there is. And it’s called Glossaphobia. That’s the fear of public speaking. It’s estimated that there’s as much as 75% of the population that struggles with public speaking anxiety to a certain degree. That means that some 2,308 million people feel nervous about talking to others. Getting over your fears and insecurities that come with public speaking is so empowering and connecting with audiences can be a strong reminder that you have valuable insights and opinions to share with the world. This benefits you by just speaking on a stage but also in everyday life as well. Whether it be in a meeting or giving a toast at a wedding. 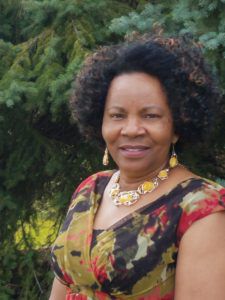 Deborah Northcutt is the CEO of https://www.FreeYouUpVA.com.  I am a Speaker Support Consultant who helps new and aspiring speakers find their ideal speaking opportunities. I help free you up to speak so that you can make more money and live the life that you dreamed of.

Join my Facebook community for speakers Support For Spectacular Speakers.