Red Flags To Look Out For When Outsourcing Your Business 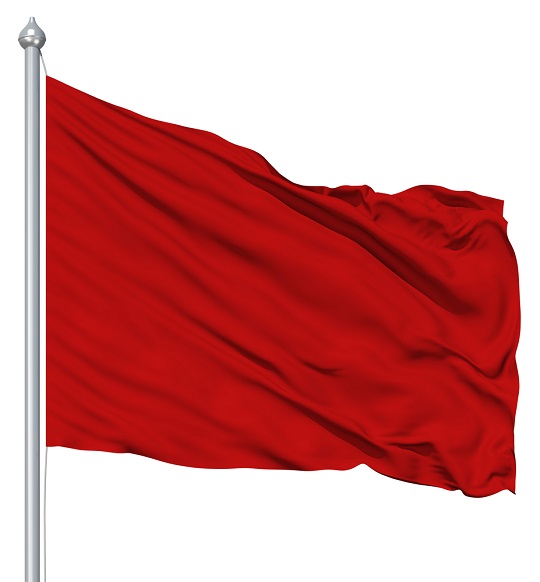 There comes a time in our business when we can’t do everything by ourselves anymore. Especially if you are stessed out and burning the midnight oil just to say aflot in your business.

If you find your self doing repetitive tasks or things that you can do but it take you a long time to do them, it’s time to start thinking about outsoucing those tasks. You need to be aware of these red flags and things to watch out for when it comes to outsourcing.

1. They Don’t Listen To You

Let’s say that your VA starts to lag behind, but the work that you know that they are capable of as as far as the quality of work that they can provide is not what it normally is. You need to talk to them and find out what’s going on and why they’re acting that way.

It’s better to deal with the situation early on. Instead of thinking things will get better on their own, maybe it’s not that they don’t want to listen to you is that they are confused because you, as the business owner have not given clear directions on how to do a task, they get fed up, and they just stop listening to you. That’s a red flag for both of you. Maybe you weren’t ready to outsource that job because of a lack of strategy on your end.

2. They Don’t Return Your Phone Calls

I think this one goes without me having to say a lot on this. If you have outsourced a tasks for your VA to do and they are avoiding you, there is a reason why. It could be a various reasons but I’m going to use this as an example. Now this is something that has happened to me personally, in my business.

Say you hired a virtual assistant for a technical job. They said that they were capable of doing the job when you interviewed them. But in reality, they weren’t. I know all about this because like I said, this happened to me, I hired someone from Fiverr to do a job for me. He said that he could do it. But in reality, he couldn’t. I kept emailing him and he wouldn’t return my emails in the beginning. Now, it doesn’t have to be a phone call. It could be email, it could be a text. It could be Slack.

So a week went by and I still hadn’t heard anything back from him on my project. So I emailed him again. He told me that he had to attend a family funeral. He asked me to give him 3 days because he needed to travel to the funeral and he needed to go out of town for the funeral. So I gave him 3 days. Then I contacted him for the last time, because I was felt that  the task I gave him really was not that difficult to do in my opinion.

I asked him point blank, can you really do the task and he finally admitted that he didn’t know how. So if you outsource the job and you don’t get any feedback, or if you feel like they are running away from you, or avoiding you, that’s because they really don’t know how to do the job. That’s a huge red flag.

3.  They’re Not Receptive To Feedback

Some people can take feedback better than others. Nobody likes to hear negative things about them or their work. But there will come a time when you’ll have to give constructive feedback to your virtual assistant. And that probably will be when you both have your weekly or monthly meetings. If you’re having your meeting in person, it’s easy to see how your VA is reacting to your feedback. You can see the body language that is being given. And you can clear things up immediately if there are any misunderstandings. But if you’re giving your VA feedback remotely, that’s a different story. You can’t see the body language and your feedback could be taken the wrong way.

If your VA has been doing a great job for you, and has gone above and beyond, you as the business owner need to acknowledge that. But there might come a time when something has happened, and negative feedback is required. It’s all about how it’s given to her. Your tone of voice should not be so harsh. Be authentic and sincere when giving feedback. I’m not saying be soft, but you still need be authentic and sincere. If your VA can’t take negative feedback and gets an attitude or starts crying, you might want to think about changing vas, but that’s totally up to you.

Here’s another story on my end. I had a virtual assistant that said that to me a lot. When I used to contact her she used to say I’m busy. I’m busy. I’m busy. That should have been a red flag right then and there to me, but I’m going tell you why I continued to use her. I had hired her before and she was fantastic at what she did. When I had hired her in the past her work was outstanding. She was always available for monthly meetings. But here’s the kicker, she was single at that time, and she didn’t have any children. I hadn’t talked to her in years.  So when I decided to start my business that I have now, I contacted her through Facebook and asked her if she was still doing virtual assistant work.

Well, she told me that she was and she was so excited to be working with me again. And I was excited to have her because like I said, in the past, she had done great work for me and my husband. So I hired her and in the beginning, things were fine, but this time things are different. She was married, and she had one small child. I think her child was about two years old. So like I said, things were different this time around, she had a husband, and she had a child. So being the person that I am I tried to work around her and her child.(Side note, don’t do that).

As time went on, she would contact me the night before meetings and tell me she had something to do or she had to take her child somewhere on our meeting day. So I would cancel our meeting and reschedule it for another day. Then she got to the point of telling me when I would Skype her because that’s how we held our meetings through Skype that she had company from out of town and she was rushing me to get off the phone. Now, you can tell when you’re talking to somebody when they’re rushing you, or they’re not giving you their full attention. Well, that’s how I felt when I was talking to her that she was rushing me and she wasn’t giving me her full attention.

The last straw was when I was trying to have our monthly meeting with her and I could tell that again that she wasn’t there. I told her it was time for me to find another virtual assistant. She agreed with me. So the relationship ended. Lesson learned.

Remember, hire slow and fire fast. I would say if your Virtual Assistant is giving you the impression that they have too much on thier plate, most likely have something going on in the background that they’re not telling you about. Use your judgement. You have to decide as a business owner when it’s time to move on and hire someone else who you can depend on.

5. They Never Own Up To Their Mistakes

If you’re not keeping in contact with your VA, and mistakes are made, she could feel uncomfortable or scared to come to you and let you know that she made a mistake. Now we know nobody is perfect and mistakes can and will be made. But if you go to your VA and ask about the mistake, and she starts making up all kinds of excuses as to why she didn’t contact you about it, or if she tries to put blame on another teammate, that’s a big red flag.

You should let her know that you are there to make a smooth working relationship partnership for both of you. If you see that she is not taking responsibility for mistakes or gets an attitude than she’s not for you.

Deborah Northcutt is the CEO of https://www.FreeYouUpVA.com.  I am a Speaker Support Consultant who helps new and aspiring speakers find their ideal speaking opportunities. I help free you up to speak so that you can make more money and live the life that you dreamed of.

Join my Facebook community for speakers Support For Spectacular Speakers.